Startled by the alert, I reached for my phone. Another group text from the ministry. Another report about a child in a cage. Another call to prayer and to action. I sat in this restaurant across from my new fiance pondering it all, praying within.

As I looked around, my greatest prayer? “Lord, wake up the people. Help motivate, so we stop wasting precious time. These children cannot wait.”

As we drove the long haul, I listened intently to a woman I hold dear, tell me again about playing with the frightened boy through the wire of the homemade cage. “They” hid this little guy in the basement of one house. “They” molested him during their rituals in another house, not too far. And when the time had come, “they” ritually murdered him in yet another house in the same city. The house of “their” leader. She could not get his face out her mind all these years. How terrified he was to be torn away, so far from home, stripped to his socks and locked in a cage…. His little, pink socks. The blood and screams chill her memory to this day. Yet rather than hide from it all, she is motivated to seek justice for his sake.

Although the person in front of me was a mere two years younger than I, it was a six-year-old girl who spoke with me. She told me about the little girl in a cage. She giggled when she adamantly stated that no one will find the girl, but became teary and she mumbled with a blank stare, 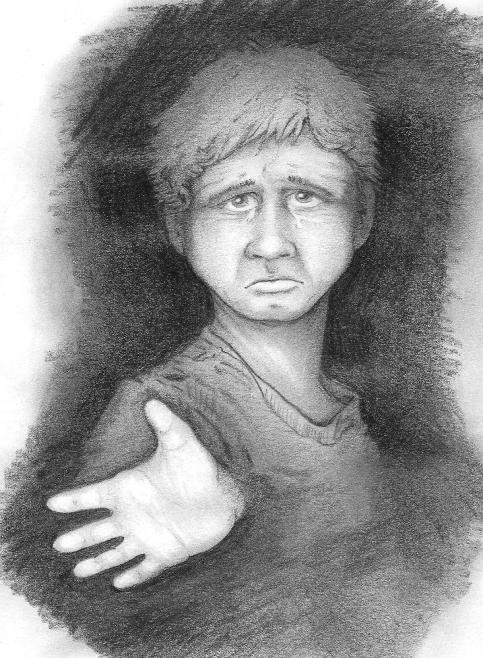 This mother squeezed my hand as she told me through tears and anger what the man, who posed as a “friend”, did to her child. “But the guy told me he was gay! I met his boyfriend! I see him in all the parades! Why did he rape my little girl?” This mother, a professional, was formerly an ardent supporter of various alternative lifestyles communities.

There is an unfathomable grace bestowed at times while listening to, comforting others, as they pour out details of experiences they barely believe themselves. That grace is most powerful when I do not shrink back in the face of these realities.

Such as the time when I listened and watched as a precious little boy, barely six years young, described and demonstrated what he saw done to other children. That’s not a type-o. I did mean the plural–children. The “little black girl”, this boy described her eyes stabbed with x-marks. She was then stabbed “with a sword” just below her breastbone. Then specific slits were made–which he demonstrated with precision–on her torso, head and limbs so that she could be skinned, then disemboweled.  Although the boy used words like

“pulled hoses out of her belly”

this is what he demonstrated with a doll as he gave account. Again at nine, he explained the same to seasoned detectives.

What? What was that? You say these are mere “anecdotal stories”? You say “the children have wild imaginations”? Interesting…. Then explain to me, please, you keepers of all knowledge and truth, how a three-year-old can describe in detail the “red bubbles” and gurgling sounds and smell from another child as she aspirated her own blood. Or how a five-year-old could know exactly what those “hoses” from the little boy’s belly feel like. Or how a young child would know the distinct smell of a body that has laid by the barn a couple of days? Or how the joints “pop” when forcibly dislocated before another child is to be dismembered? Tell me, how do children “imagine” this stuff?

Oh, I get it. You’re saying someone put that into their heads. Funny… Hysterically sad the lengths people will go to hide from the truth. Selfish bastards. Do you hear how ridiculous you sound? The age-old blame the victim game. How ludicrous your arguments, just so you can keep your little world free of such detestable truth. Talk about a “wild imagination.”

I get the fact that not everyone can “handle” the thought, let alone listening to or observing, such heinous things. Truth be told, I can’t either. Yet, rather than to be bothered back into my cave, I am motivated.

I cannot ‘handle’ doing nothing in the face of such horrors. 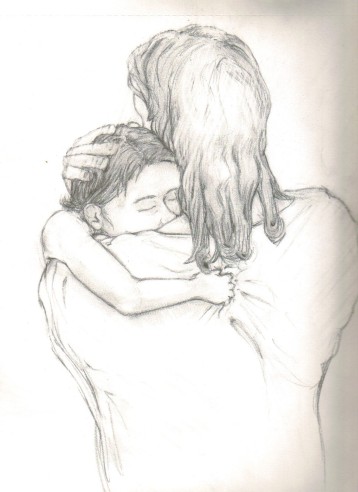 Which is why I became a private investigator and dove into ministry. Which is why I bought a dog and am training her for cadaver work. Which is why I pursued a BS in Criminal Justice with a minor in Strategic Intelligence (among other studies). Which is why I try to do everything I can to raise funds to resolve cold cases of missing children, believed to have been some of these victims. Which is why I sell Shaklee, created a dog-training website to help others in hopes to get folks to assist in the support of Hanani’s training and these missions. And why I reach out to all I can to at least bring awareness….

To bring Jesus to them, the only true hope and freedom.

What I can “handle” even less are those that willfully choose to ignore…argue against, slam, gossip and cause problems for those of us that are so motivated. I am not looking for a pat on the back or any sort of recognition from anyone. Knowing God is my reward. Exposing these atrocities and helping the victims is not a “cause”, as my brother so “jokingly” accused.

In fact, none of this is about me at all. It is about the children–

those who have escaped,

those that remain and those buried…

In December 2004 I spoke with a detective with the LA County CA Sheriff’s office who was adamant about the “likelihood” of my theory (supported by evidence) on the whereabouts of a particular missing child. She was just as adamant about how “grossly mishandled” was the case of Angelique James (CA, 1997). The detective likened the case to that of Rilya Wilson (FL, 2001), who was kept in a cage prior to her “disappearance”. Get that?

Kept in a CAGE,

much like others trafficked for various purposes. Rather than go after the obvious, petty games with felons were played for media attention and political gain. And what about Lenoria Jones? Everyone says, “Who?” …exactly. And none of their bodies were found.

Well, at least not that investigators will say. According to KY State Police, it costs too much in manpower and money to “link a child missing from California to my murdered child in Kentucky.” (Direct quote from a KSP lieutenant, 3/2004; emphasis his.) But, as he told me, he has “all the time in the world to finish (his) murder investigation.” Funny. A few years later, KY tells me “there is no record of (that) investigation.” I guess getting a forensic “expert” to lie on the stand about the fresh body found at that farm (and yes, I can prove that too) will bury the initiating investigation with ease. Pun intended.

After all, the witnesses in the initiating case were just children. You, even with your lies, had a more “believable” case, right? Rather than do your damned jobs, you hide the remains of murdered children–

which you told me you did find.

I still have the tape, btw.

In recent years now we have all the media attention and tax dollars tossed at the problem of child trafficking. Maybe they’ll toss some of that dough to address and investigate the long-cold cases of missing children, who were likely victims of trafficking and sold for a variety purposes. Yes, even those purposes of which too few will believe is going on…right in your own town.

Many years ago I set out with intensity to prove the trafficking and ritual abuse/murder of children could not have happened. Yet, much like God showed Ezekiel, what I found was a grotesque, dark world that has convinced the society it does not exist. Thus, proven more dangerous than the perpetrators themselves are those that willfully choose to banter against victims’ and others’ claims.

What do you choose?

This site uses Akismet to reduce spam. Learn how your comment data is processed.

All materials presented at Simple Truth are the copyrighted property of Uncommon Knowledge, C. Lynnette Mima.